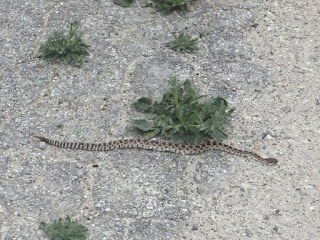 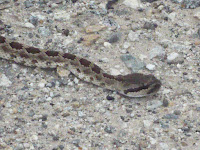 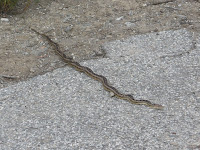 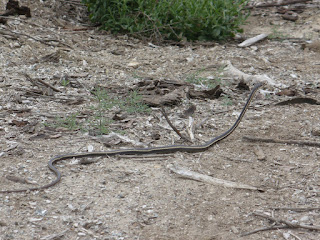 Although it is sometimes frightening to stumble upon a snake while hiking, it is important to respect their place in our ecosystem, as they help to keep rodent populations under control. Their beauty and diversity is one of the many things to appreciate and enjoy in the hills!
Posted by About Me at 10:14 AM

Great blog and thanks for the pics. I've seen plenty of Southern Pacific Rattlesnakes this year. I saw one California Striped Racer. Haven't seen the Gopher Snake yet. Thanks for putting names to these snakes. Are you aware of any other species roaming about the Hacienda Hills Preserve?